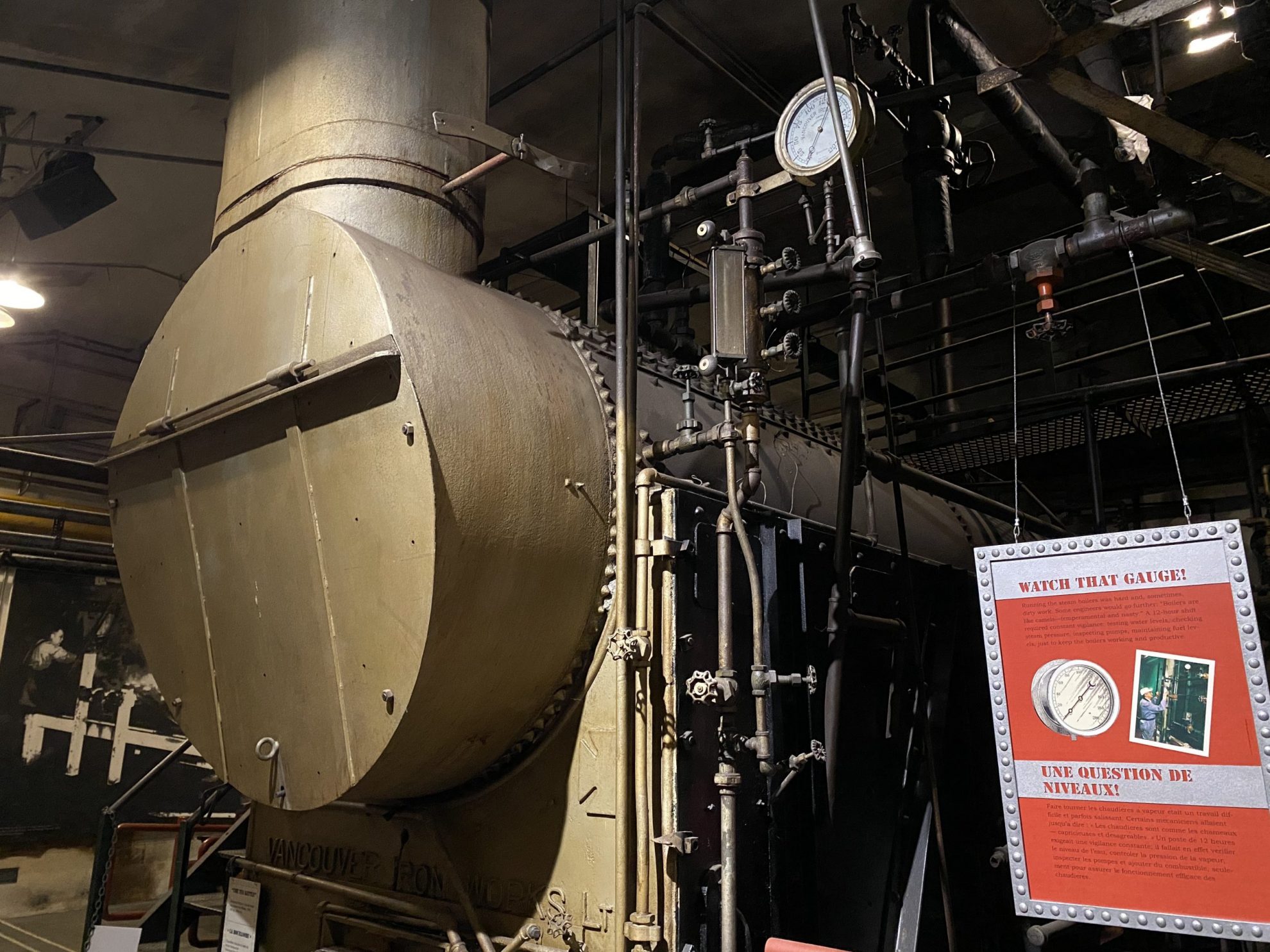 Today, on May the Fourth – Star Wars Day – we look at the source of all the power that moved the machines back when the Cannery was in operation.

Did you know that the “Force” that powered all the machines in the Cannery when it was in operation was not a Jedi mind trick or kyber crystals, but rather… Steam!

There was no electricity in Steveston when the Cannery was built, but there were lots of machines that needed power. The machines were powered not by electricity, but by steam. Steam is a vapour that is produced when water is boiled. If it heats up in special machines, called boilers, the steam can be captured and used to power other machines. Imagine how hot it would have been in the Boiler Room at the Cannery? Not likely as hot as a summer’s day on Tatooine, but too hot for comfort, for sure!

These days, the Cannery’s former Boiler Room is at a more comfortable temperature, and is home to a theatre where we show films to introduce our west coast fishing history to visitors.