Towards the middle of the Cannery, you may spot three large machines with bottomless and lidless cans. Have you ever wondered: What are these machines and how do they work? 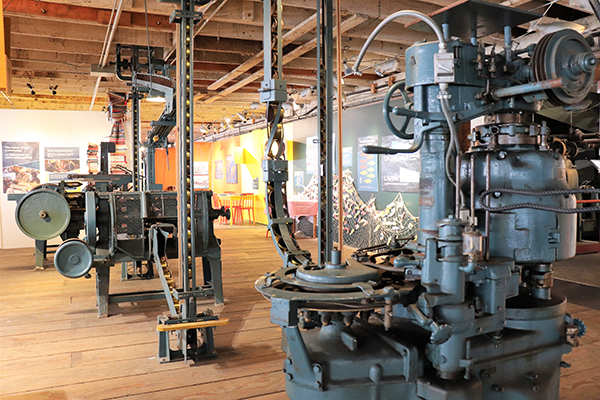 In canneries which were too far away from the can manufacturing centres, can-forming machines were installed to form new cans and reform crushed cans. These machines would take pre-cut pieces of metal and form them into lidless cans. Once it was fishing season, canneries would fill many cans with salmon and ship them off.

First, sheets of metal are cut into rectangles, then they are seamed and flattened. The lids are also cut out of metal by a machine. 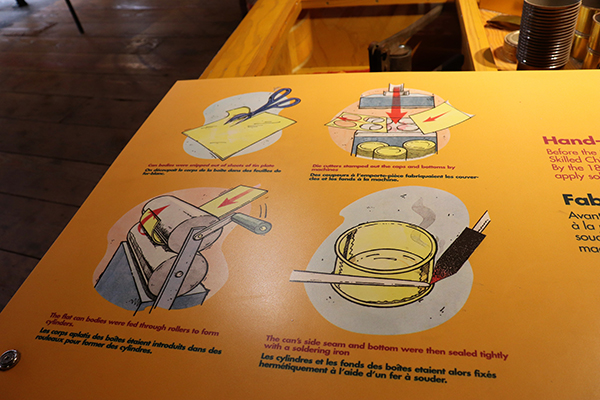 Next, the flattened pieces of metal are formed into a cylindrical can shape by the large bullet-shaped bars in the first machine pictured below. 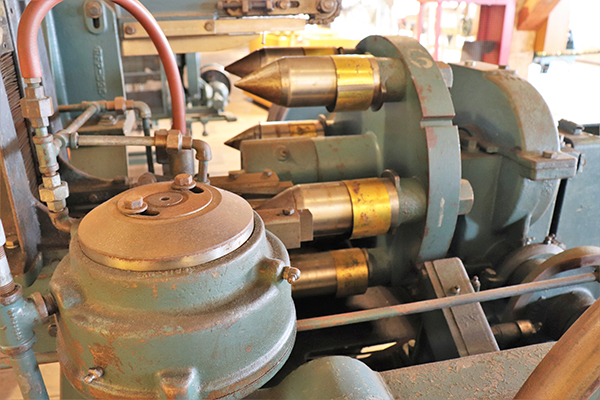 The cans are moved along the line with belts and chains and move onto this machine with three names – the fluter, the flarer, and the flanger. This machine curves the ends of the metal and creates flanges so that the lid could be put on tightly and easily. 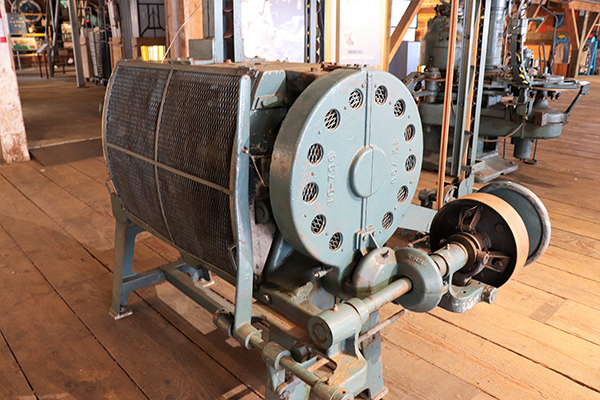 Finally, the bottom of the can is put on tightly on the bottom and the empty can is complete! Now it’s ready to be sent into the canning line, filled with salmon and sealed with a vacuum sealer.

Now that you know how the can is formed, perhaps you can find out how workers filled them in the Canning Line tour offered at the Gulf of Georgia Cannery National Historic Site!