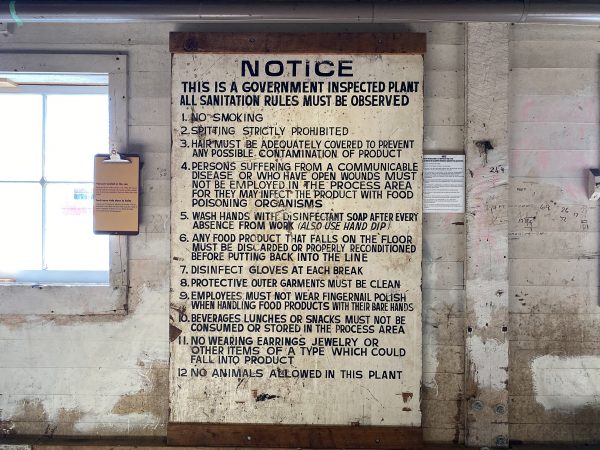 Quality control at the canneries were an important part of making sure that the Canadian salmon that made it to market was top notch.

As salmon canning took off on Canada’s West Coast, up to a hundred canneries were competing with each other to sell their salmon overseas. Customers had so much to choose from that the canneries needed to have strict quality controls to make sure that each can was perfect.

When the salmon was brought to the canneries on the fishing boats, it was checked to make sure that it was fresh enough to make it through the canning process. Getting the fish from the receiving floor and into a can was a quick process, but if the fish had already been out of the water for too long, or if the canning line was backed up, the fish was rejected at the door. There were stories of huge amounts of salmon thrown back into the river, for this reason. This would be considered wasteful today, but at the time cannery owners saw salmon as an endless resource that would never run out!

Once the salmon had been carefully hand-packed into a can workers, called “patchers”, did the final quality control check. Patchers were armed with a pair of scissors and spare bits of salmon. Their job was to be the last eyes on the can before the lid was put on. They were looking for under-filled cans, which they would top up with extra salmon, and they used their scissors to trim down any over-full cans. They also arranged the salmon to look presentable in the can, which might mean removing a large bone left on top, and it definitely included removing anything in the can that was not salmon!

There was an endless demand for canned salmon across the world, but at the same time canneries in Canada knew they had a reputation for making the best salmon, and were determined to keep it that way.